Skip to Article Skip to Search About Us Skip to simple menu
DrMitchellSilvermanOnline.com

Published on 1 March 2021 under Joint Pain 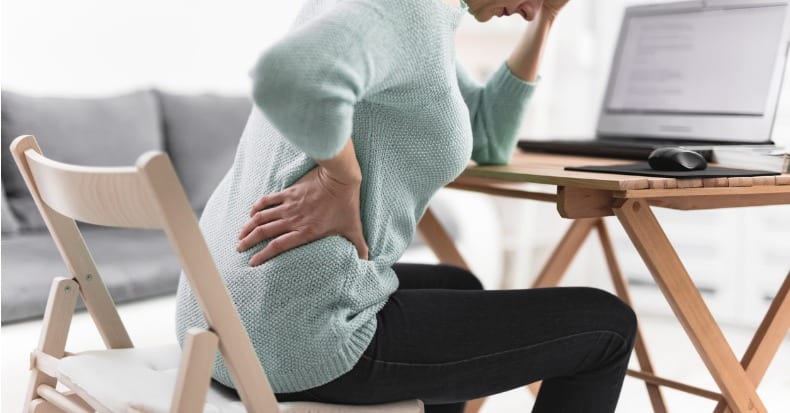 According to medical historians, the first artificial total hip arthroplasty (THA) was performed in Germany in the early 1890s. Since then, there have been many advancements in the design of the artificial hip and how the procedure is performed, even to the point of the introduction of the minimally invasive total hip arthroplasty, or miTHA, which offers similar long-term outcomes but involves only a small incision size results in less pain and disability in the surgical recovery period. An individual with pain or mobility issues associated with hip dysfunction may wonder if a hip replacement is in their future, but how would they know?

It’s estimated that more than half of hip fractures occur at the femoral neck or the angled bony stem that connects the thigh bone to the “ball” of the hip. Several studies have shown that when a femoral neck fracture does not initially lead to a hip replacement, there is a high risk for osteonecrosis, or the death of the bone due to reduced blood supply, which would need to be addressed with THA. Hence, individuals with a history of hip fracture and progressively worsening pain may be a THA candidate.

But what about those without a history of hip fracture? At the end of the 20th century, most THA patients were over 60 years old, and the advice from clinicians was to wait as long as possible before undergoing the procedure. In recent decades, that advice has shifted with some patients opting for THA in middle age.

However, one reality about surgery is that it can’t be undone if it doesn’t resolve the problem, and there is always the risk of complications. That’s why treatment guidelines often recommend exhausting non-surgical options before consulting with a surgeon. For the patient with hip pain and disability, chiropractic care may be a non-surgical approach worth considering.

Depending on examination findings, treatment may involve the application of manual therapies, modalities, and specific exercise recommendations to restore normal motion to the hip joint. Additionally, a doctor of chiropractic will look for potential issues elsewhere that may be placing added stress on the hip, such as the knees, ankles, and lower back. In many patients, there may be several contributing causes to the patient’s chief complaint, and each will need to be managed to achieve an optimal outcome.

Thousands of Doctors of Chiropractic across the United States and Canada have taken "The ChiroTrust Pledge":“To the best of my ability, I agree to
provide my patients convenient, affordable,
and mainstream Chiropractic care.
I will not use unnecessary long-term
treatment plans and/or therapies.”

Members of ChiroTrust® have taken
“The ChiroTrust Pledge”:

“To the best of my ability, I agree to
provide my patients convenient, affordable,
and mainstream Chiropractic care.
I will not use unnecessary long-term
treatment plans and/or therapies.”

You will receive updates